In Microsoft SQL Server we have the SQL Server Export Wizzard that enables us to export MS Excel files.

But it's...  a little bit annoying to say at least.  Yes, all of the wizzards build into MS SQL Server are capeable of doing their job. The concerns are more about the "how":

That's much too much headache for such a simple and recurring task - I have that SQL query X, put the result field in an Excel table. Period.

No need to waste minutes after minutes any longer for that simple task thanks to SqlQuery2Excel! 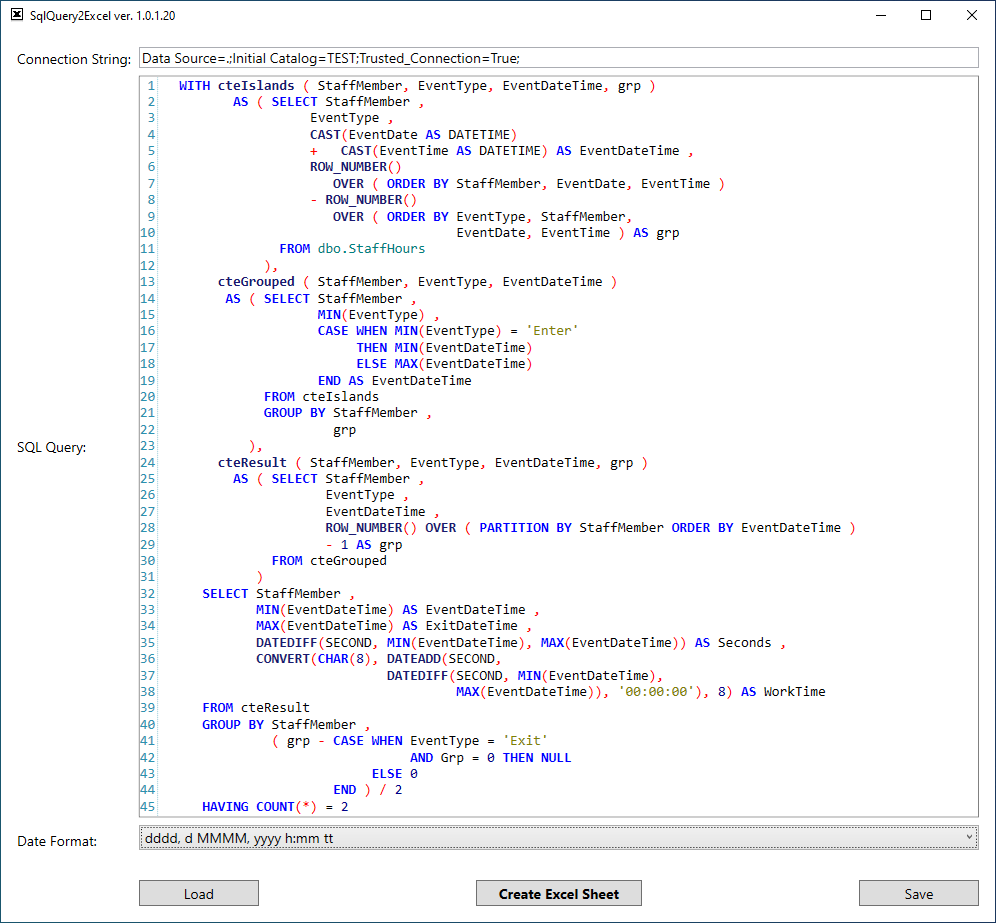 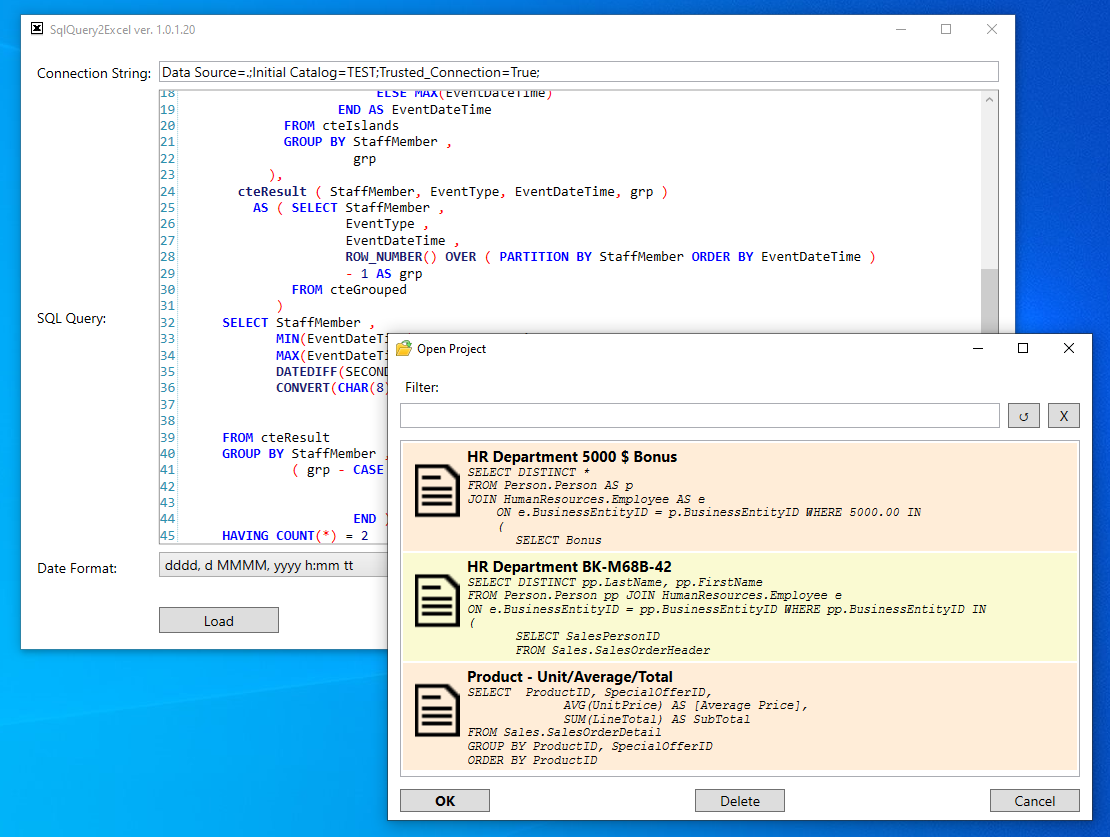 SqlQuery2Excel comes with a built in Project Management:

Save you current SQL query with the current credentials for future usage.  Of course, because security matters, all of your sensitive data will be stored encrypted.